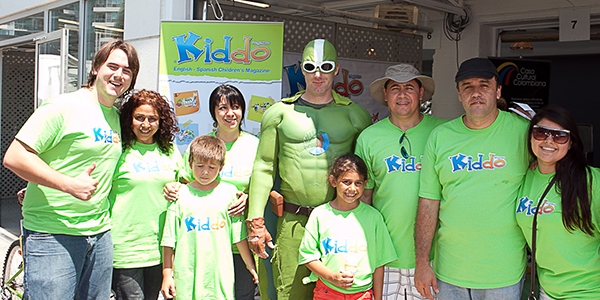 Our Mission is to preserve and disseminate the Spanish language, family values and cultural heritage to new generations of Hispanic Canadians and to act as promoters of education, culture and environmental awareness.

At the time when my twin boys where attending daycare; it was scarce to find Spanish books or magazines that not only would teach the language but also transmit culture. As parents we started to grow ideas about creating a kid’s publication. It would tell stories and fables passed on from our parents and grandparents and have games and activities in both languages, English and Spanish.

With this concept, a purpose, a target audience and the desire to teach our Hispanic culture and language; it was just a matter of giving the magazine a proper name.
The name "kiddo" comes from a former boss and friend who called me “kiddo”. In my mind, “kiddo” had the image of a little girl or boy playfully learning. We now had name for our bilingual magazine: “Kiddo Magazine”. The rest of this story is now a collection of numerous issues that we have been publishing since 2007.

Since Kiddo Magazine was launch in 2007, during the Folk Arts Festival - Open house of the Latin American Cultural Club of Niagara Region, it has come to be well known among many families in and outside of the Niagara Region (Hamilton, Mississauga, Milton, Brampton, Oakville and Toronto).  The magazine’s continued involvement in cultural events; fairs and festivals has also contributed to the promotion of the Hispanic culture and its success.

From the beginning, Kiddo Magazine has been the joined effort of professionals in various fields working as a team under the same objective: Preserve and disseminate the Spanish language, cultural heritage and family values to new generations of Hispanic Canadians. That effort continues and has always been a rewarded venture.

The niche gave us the opportunity to create something unique and Kiddo Magazine continues to challenge us just as a playful kiddo growing up. The idea is now an institution that day to day explores new ways to transmit knowledge, reach and engage more and more kids. 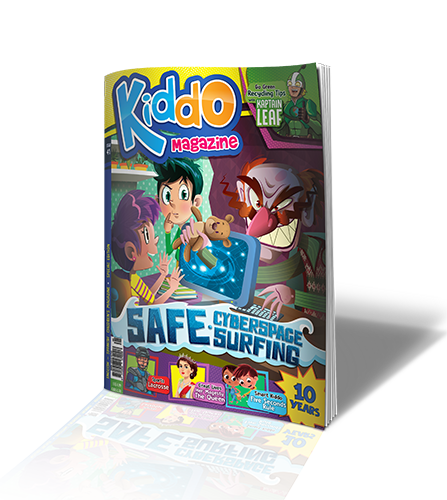 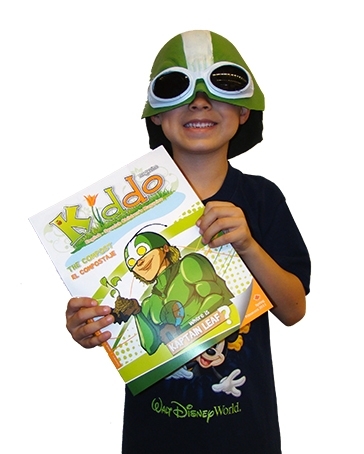 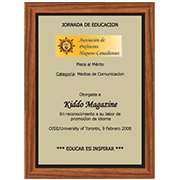 Promotion of the Spanish Language 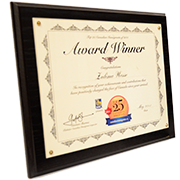 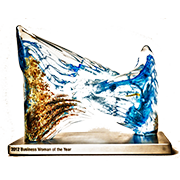 Women Business of the Year 2012 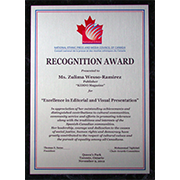 Excellence In Editorial and Visual Presentation