You are here: Home

I Speak Spanish ...and you?

Maybe on more than one occasion, your friends at school have asked you, “What is that beautiful language that your parents speak with you?” To which you surely responded, “It is the Spanish language, the language of my grandparents, of my parents, now my language”. Well, here is some interesting information that you can share with your friends when they want to know more about this marvelous language that you speak at home. Spanish is spoken in 21 countries and in three continents: Latinamerica, Europ and Africa. Currently, there are close to 500 million Spanish speakers. Also, Spanish is the second most spoken and studied language in the world.

It is very interesting to know that in Spanish “hot dog” is a “perro caliente” and “hi” is “hola”. The fact that you read or understand this article is already an advantage because being bilingual will open up a world of fantastic opportunities to you. Imagine that when you travel to Spanish speaking countries you will not need someone to help you translate. You do not even have to go far from Canada. In the United States, in cities such as Miami, Los Angeles, Chicago, New York, and others, you will hear many people speaking Spanish. You will be able to communicate with a lot of people in your language, including in English many speaking countries. 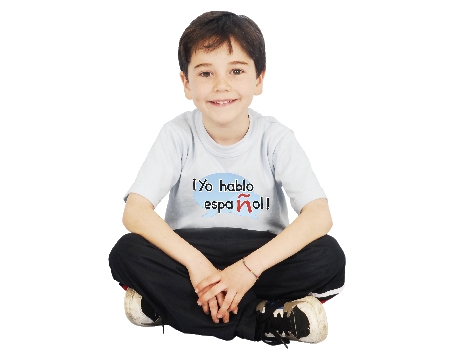 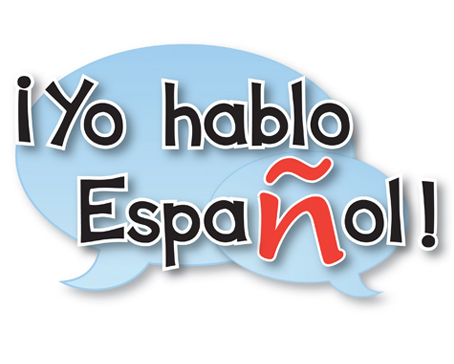 Little by little you can learn unique words from certain countries or regions in which Spanish is spoken; for example in Mexico a child like you, they call him "chavo"; in Argentina, "pibe"; in Ecuador, "chiringo"; in Venezuela, "chamo", and in Colombia, "chino". You can also discover treasures of Hispanic literature such as the ingenious gentleman “Don Quijote de la Mancha”, “Cien Años de Soledad”, or “La Vorágine”, among many more. Not only that, but you can also know and understand Latin music and, of course, you can have fun dancing to the cheerful rhythm of Latin music.

On April 23, the English author William Shakespeare and the Peruvian author, Garcilaso de la Vega, known as The Inca, also died. UNESCO has designated this day as the Spanish Language Day.

Learning Spanish will allow you to learn strange and fun words, so much if you are scared to pronounce them you will suffer from hippopotomonstrosesquipedaliophobia and, that way you will have discovered one of the longest words in our language. Did you know the word “bat” in Spanish (murciélago) has 5 vowels? If little things interest you, the words: chico, chiquito, chiquitico y chirriquitico, will allow you to specify the size of something.

As you learn, you will gradually find out what a great benefit it is to know Spanish. So when you see your friends again, tell them with pride:
“I Speak Spanish”

April 23, Spanish Language Day is celebrated in tribute to the Spanish writer Miguel de Cervantes Saavedra, who passed away on this date in the year 1616. Cervantes, known as
“El Manco de Lepanto”, is considered one of the greatest writers of his time. As a legacy, he has left his immortal work, "El ingenioso caballero Don Quijote de La Mancha".
Spanish is one of the most beautiful languages with a rich vocabulary and an interesting history. It is the language that unites us, identifies us, and gives us the possibility to share our culture, our history, and our traditions, which form part of our identity.

What do you think of tongue twisters?